Gary Sinise isn’t like other actors. The Golden Globe-winning philanthropist has dedicated his life to acting and his family, but also to supporting others in any way he can.

Unlike other celebrity marriages, Sinise and his wife Moira Harris have stayed together for 40 years, raising three beautiful children in the process. Now, Gary has revealed to his fans the secret behind the wonderful and long-lasting marriage.

Gary Sinise has had a career unlike many others. It’s quite common that actors and actresses have their big breakthrough role at an early age, but here’s why Sinise’s career has been different right from the beginning.

We’re not saying that the now 65-year-old actor didn’t have a successful career in his youth. However, he had to wait until he starred in the classic 1994 film Forrest Gump for his big breakthrough role. 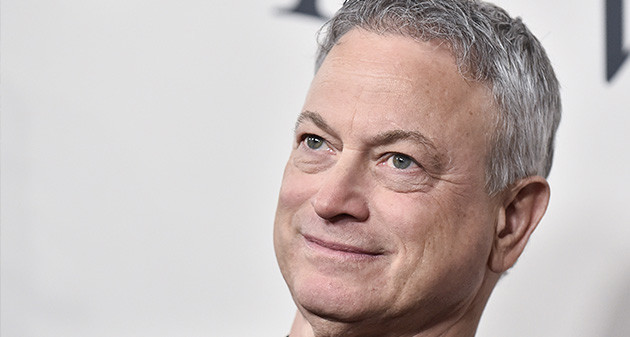 Acting has always been Gary Sinise’s main occupation, but he’s made sure to make the most of his life, both by being a wonderful father and husband, and by helping veterans.

Fell in love with theater

It reportedly all started in high school, when Gary got hooked on acting.

Born March 17, 1955 in Blue Island, Illinois, Gary grew up in Highland Park. He was kind of a rebel in high school, and played in bands.

“Well, my dad was working all the time,” Sinise told Ability Magazine. “My mom had her hands full. I was kind of free to do what I wanted. And I wasn’t good in school.”

Gary got his first guitar in fourth grade and played through school. He started playing in several bands as a kid, and continued to do so into his early twenties.

However, while he was studying in high school, something else came up. Gary Sinise was bit by the theater bug, he said.

“I was playing in bands, doing plays, and started a theater company after high school, but I kept playing as a way to make a living while doing the theater until I was 22,” he said. “Then, the theater just took over everything, and all I did was focus on building our theater company.” 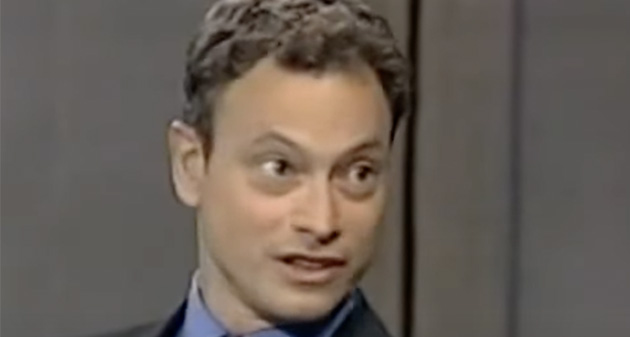 As mentioned earlier, Gary Sinise didn’t have his breakthrough at an early age. In fact, he didn’t start acting until later on, but rather spent most of his time behind the camera instead.

In high school, Gary tried out for West Side Story as a lark. By closing night, he knew he wanted to perform for the rest of his life. He credits his love for the profession to his drama teacher, Barbara Pattersson.

In 1974, by the age of 21, he, together with friends Terry Kinney and Jeff Perry, decided to found the Steppenwolf Theatre Company in Chicago. They started of by performing in a church basement, but as the business grew, they gained more and more influence in the Chicago area.

In 1981, he took over as the artistic director. Gary wanted the company to move their plays to New York City in order to branch out.

“It was challenging at the time, not everybody agreed with that,” Sinise explained.

“We were trying to open a new theater at the same time here in Chicago, so there was some disagreement back then about how we should do that and whether we should do it at all. I thought it would be good and we just pushed for it. And once we got things open there in New York, we started taking plays there every year after that.” 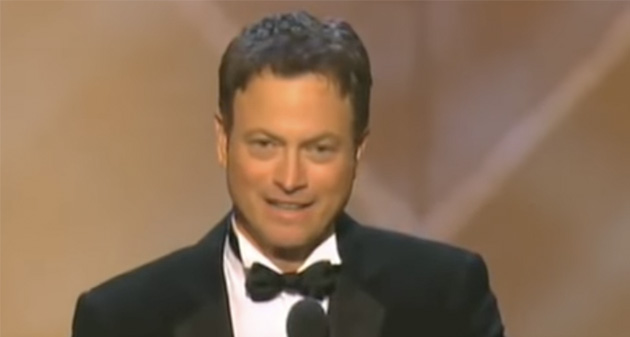 Gary directed some of the companies biggest productions. It included Sam Shepherd’s True West, with which Steppenwolf Theatre Company made their off-Broadway debut, starring both Gary and John Malkovich.

In 1990, Steppenwolf made their Broadway debut at the Cort Theatre with The Grapes of Wrath. At this time, Gary was also making his move towards the Hollywood stage, directing two episodes of the television series Crime Story, as well as Miles from Home, starring Richard Gere.

Up to this point, Gary had been on the other side on the camera. But in 1992, he made his debut as an actor, starring in the World War II film A Midnight Clear.

In 1994, Gary Sinise would become known to the entire world. He hadn’t been in the public eye despite his many successes as a director, but now, he got his big breakthrough.

Sinise was cast and starred in the blockbuster miniseries The Stand as Stu Redman. The same year, he got the role of Lt. Dan in Forrest Gump, starring alongside Tom Hanks. 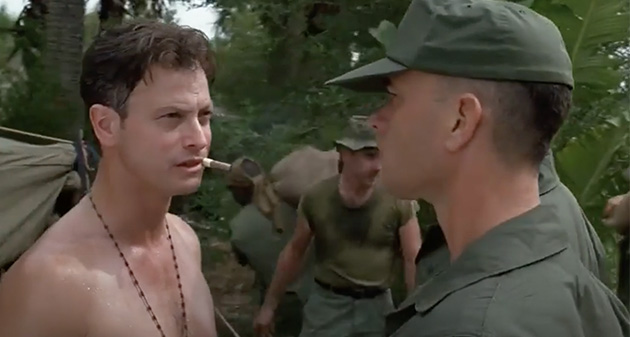 From being a young theater lover in Chicago, Sinise’s life had changed forever, but he didn’t know it yet.

“And then along comes this opportunity very early in my movie career—I’d only done a few things—to audition to play a wounded Vietnam veteran. I very much wanted to do it, I was lucky to get the part.”

However, since Gary himself wasn’t that old at the time, they never really talked about the experiences his elder family members had been through during the wars.

This wasn’t unique to Gary and his family. Lt Dan in Forrest Gump helped many other veteran families, as well as the community, he says.

“They recognize some of the things Lieutenant Dan goes through — some of the understandable confusion, despair, anger, frustration, and loneliness — as an isolated Vietnam veteran,” Sinise told the Military Officers Association of America.

“But also … Lieutenant Dan is okay at the end of the film. We hadn’t seen that kind of story about a Vietnam veteran before. If you look back at movies on the Vietnam experience, you always had a question as to whether the veteran was going to be okay.”

Gary Sinise has always tried to help veterans in any way he can. He tried supporting them by doing theater work back in the 1970s and 1980s, and when Forrest Gump became a huge success, it opened another door.

Later on, Sinise formed the “Lt. Dan Band”, and performed for troops both in the U.S and overseas. Now, he’s also created the “Gary Sinise Foundation”, which helps support military in several ways, including building homes for injured veterans. So far, they’ve built more than 80 homes and more are scheduled to be constructed.

“I just tried to share what I’ve experienced,” Sinise explained.

“Certainly, the events of Sept. 11 were a terrible catalyst to drive me into a service life — more than I ever would have expected. It’s the journey from this sort of singular focus on acting and myself to trying to do more for others. It’s impacted me over the years and given greater purpose to my life.”

Gary Sinise continued to work on several big on-screen projects, including The Green Mile and Apollo 13. He also got the leading role in CSI:NY.

However, he’s always made sure to help others while he was moving up the celebrity ladder. Most dear to him is, of course, his family.

Many times in Hollywood, one reads about celebrities getting married and splitting up just a year or two later. But in Gary Sinise’s case, that is not the reality.

He’s been married to wife Moira Harris for 40 years – and together, they’ve welcomed three children into their lives.

Their love story is truly something special. But the first time he was going to meet his parents-in-law, things didn’t turn out that well.

Gary and Moria met when both their careers were taking off. His wife worked in the film industry herself, and starred in several television series in the 1980s. 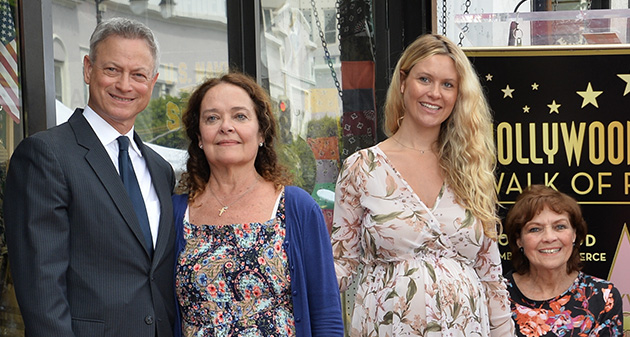 The couple met and grew fond of each other straight away. But when he was supposed to meet his parents-in-law, things could’ve gone better.

At the time, Gary Sinise was working at the theater. One night, he was supposed to meet his future wife and her father at the distinguished men’s Union League Club in New York.

However, Gary was working at the theater the same night, and when he was done working, it was late and he had to rush to the club in his car. When he got there, he wasn’t allowed in, because he was wearing torn jeans and a shirt; you needed a suit to get in.

Gary started crying, explaining that he was meeting his girlfriend and her father inside, but they refused him entry.

He pled to the people at the door to help him, and finally, they did. They handed him a suit coat and snuck him into the club through the service elevator. Finally, he met his father-in-law.

Years later, after he had grown into a celebrity, he went back to the Club. This time, it was way different.

“I’m now in the movie business, successful,” he said. “I show up in a suit, they put me in the presidential suite. I make a speech. It was a totally different trip to the Union League Club after that.”

Gary and Moira have been inseparable since they tied the knot in 1981. Together, they’ve have raised three wonderful children in Sophie (born in 1988), McCanna Anthony (1990) and Ella (1992).

Such a long-lasting marriage is rare, especially among people working in show business, but Moira and Gary have proven that it is possible.

So what is the secret behind such a long-lasting union?

“A sense of humor,” Gary told Parade. “My wife’s a loving, funny, Irish-spirited person, and I’m still surprised at some of the things she says. She makes me laugh every day.”

In 2017, following his appearance on Criminal Minds: Beyond Borders, Gary Sinise decided to take a break from acting. He and his wife Moira then announced that their daughter was going to be a mom, and they were becoming first-time grandparents!

Gary Sinise has had a wonderful career. Sure, we really enjoy seeing him in movies. But most importantly, we love seeing what he’s doing for our community, especially our veterans.

Thank you for everything, Gary. We truly appreciate it all. Please, share this article to honor Gary Sinise for his hard work and dedication for our troops!